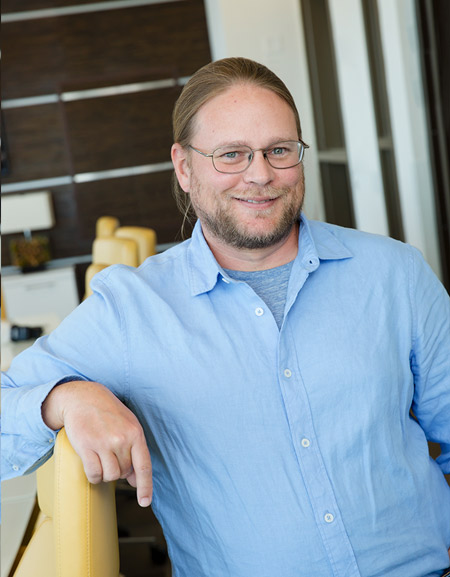 Where were you born and raised?
Joliet, Illinois

What is the one piece of advice you would give your younger self?
Publish early, even if something turns out to be wrong. That’s two papers!

Describe the moment when you knew you had to go into science?
It’s difficult to boil it down to a one-liner. There were museums as a kid, some talent at math in middle school, realizing that digging ditches is too hard in high school, playing with a particle accelerator in college, learning how phenomena work down to the deepest levels in grad school, finding problems where no one knows what’s going on as a postdoc, making progress on understanding those phenomena as my career goes on. Who knows what will be the next moment I decide to go into science?

Describe an aha moment you’ve had in the lab?
Most of my a-ha moments occur outside the lab. In the lab, I am usually too busy with the details of experiments or writing or communicating to have the mental capacity to think about things. It’s usually on a walk after a long day of concentrating that I have time to actually devote to thinking. For example, there’s nothing like dodging traffic while jaywalking to force the realization that spatial neurons, deep in the brain, are of no use unless they can drive behavior. To drive behavior, they must be affecting sensorimotor brain regions that I can detect on an EEG.

What is one significant advance TDLC research has brought to the science of learning?
Unlike most behavioral studies with people, the world we evolved in is not made of stimulus-response events with a paired penalty-reward structure. It is an ever-changing, interactive and mutable world full of other people – with their own agendas, objects that fly around of their own accord and shifting goals with subtle rewards. A significant accomplishment of the TDLC was to focus on learning in the world in which we live: from chaotic classrooms to questions like: Why we don’t run into more walls?

What do you hope to accomplish in the next seven years?
My career goals in the next few years include continuing to fund the TDLC Virtual Reality/Motion Capture lab, where we try to understand human behavior in realistic environments that are still totally under experimental control. Specifically, I want to study how healthy people move around in space and what happens when these movements fail in disease. Beyond that, I want to progress into a more permanent (tenure track) position and maybe learn how to surf.

What is your favorite TDLC value?
Cooperation. The best part of working within the TDLC has always been the openness of its members to new collaborations and sharing data. We have never had the sort of compartmentalization that plagues other large groups. If I asked Andrea (Chiba) for some rat-hippocampal recordings to go with my human EEG work, the only bottleneck would be finding a big enough flash drive to copy the data.


Joe Snider is a project scientist in the Poizner Lab. His research centers around bridging gaps in the study of neuronal circuits, function and behavior, especially in humans. He earned his PhD at the University of California, Irvine.