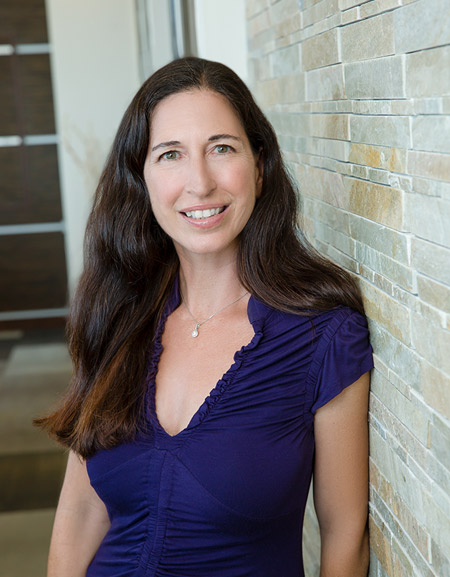 Where were you born and raised?
I was born in Oakland, California and lived there until I was 9. After that, I lived in Lafayette, a suburb of Oakland, until I went to college.

What is the one piece of advice you would give your younger self?
You will never figure it all out, but it’s rewarding and fun to try, anyway. Accept and embrace the mystery.

Describe the moment when you knew you had to go into science?
In graduate school, studying philosophy of mind, I was working on the philosophical problem of mental representation. To get a deeper understanding, I joined a neuroscience lab that worked on a type of neuron called place cells. These cells are activated only at one particular location in an environment. The lab was capable of visualizing and hearing the cells as they fired. When I heard and saw these cells, I was absolutely enamored with, what to me, was a clear and satisfying form of mental representation, one that I couldn’t have found through philosophical inquiry alone.

Describe an aha moment you’ve had in the lab?
My research as an electrophysiologist has allowed me to explore many different regions of the brain. Oftentimes, the regions I’m interested in are so understudied that every finding is new and potentially can change the way we think about the brain and cognition. I have continual a-ha moments during these periods of exploration. But one of my favorites is when I realized that I was in a completely different brain region than I was expecting to be in, and it was full of incredible rhythms that hadn’t been seen before in that part of the brain. It was a great a-ha moment concerning the nature and beauty of fortuitous findings.

What is one significant advance TDLC research has brought to the science of learning?
There are so many, but I’ll focus on our work in Andrea Chiba’s lab where we found that newborn cells in the adult dentate gyrus of the hippocampus help to disambiguate similar contexts that are separated in time. This has a direct impact on learning as neurogenesis is reduced in aging as is the ability to keep the sequence of contextual memories. The hope that the ability to learn and remember throughout aging can be enhanced by increasing neurogenesis is exciting.

What do you hope to accomplish in the next seven years?
One thing that I hope to show (through the use of multiple techniques, including neuronal recordings, autonomic signal detection and novel behavioral paradigms) is that empathy, and prosocial behaviors generally, are measurable and extend to many species, including rodents. I feel proving this could potentially change the way we think about and treat animals of all types. Meanwhile, I hope to raise a new set of caring, collaborative, mystery-embracing young scientists.

What is your favorite TDLC value?
None of us has to do it alone anymore.


Laleh Quinn is an associate project scientist at TDLC.