The weekend of Sept. 10, 2016, John Iversen, Alex Khalil, and Joseph Heng (a visiting Masters student from Switzerland) entered the San Diego Brain Hackathon as "Team Goblin." Iversen and Khalil are leading an NSF-funded SL-CN (Science of learning collaborative network) called the "Group Brain Dynamics in Learning Network," which is exploring the introduction of easy-to-use low-cost research grade EEG (electroencephalography) into the classroom. With the coming ubiquity of biosensing, this is a critical question to address. 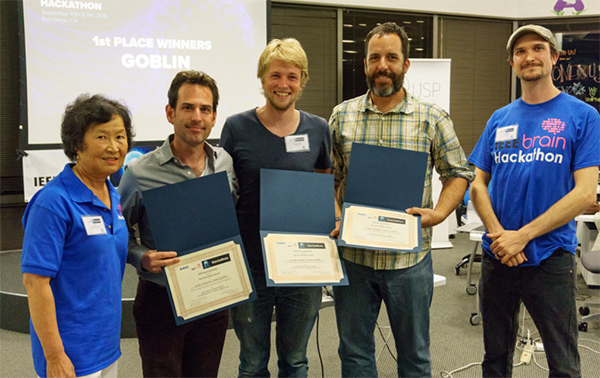 The competition, which was organized by Qusp & CWLab International and sponsored by IEEE (Institute of Electrical and Electronics Engineers) Brain Initiative, encourages teams to use emerging Brain-Computer Interface (BCI) technologies to develop innovative neurotechnology applications. According to the event website, hackathons are "brainstorming and collaborative marathons designed to raplidly produce working prototypes."

Team Goblin entered the two-day IEEE brain computer interface hackathon to get a jumpstart on their idea of making a classroom-scale fun brain game, to introduce children to the idea of EEG and brain computer interfaces. They built a two-person game of concentration from the ground up using their EEG headsets and software designed by Qusp and The Swartz Center for Computational Neuroscience. Their goal was to simply learn how to create the game, but to their surprise and delight, they won first place! 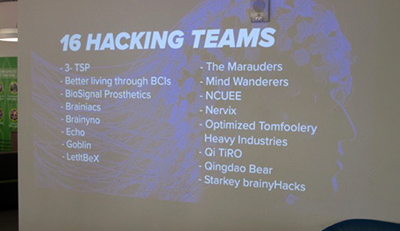 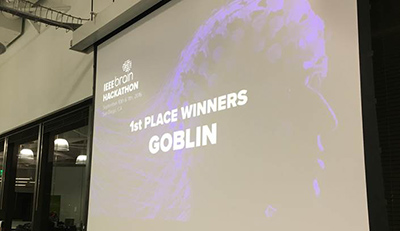 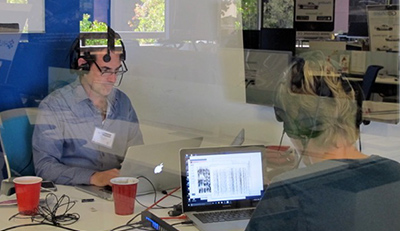 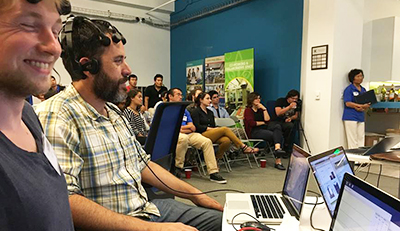 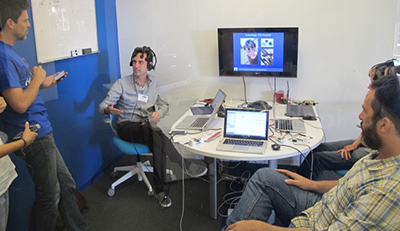 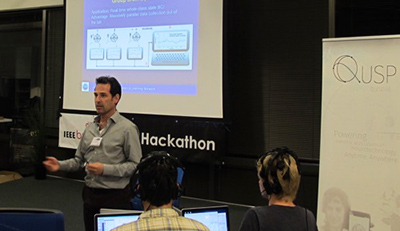 From the website:
What is a Hackathon? Hackathons are brainstorming and collaborative marathons designed to rapidly produce working prototypes. Conventional hackathons typically bring developers and technologists together over 24, 36, 48 or more hours to cram and build solutions that they can present.

Why do a Brain Hackathon? The brain hackathon provides an environment for innovation and entrepreneurship. By putting creative minds from multiple disciplines together for a short period of time, we have the opportunity to discover and uncover new possibilities for using neurotechnology hardware and software. Hacks and innovation developed from hackathons have great potential for commercialization.

Who Can Participate? Anyone! If you have an interest in BMI, BCI, robotics, AR, VR, machine learning, sensors, human-machine interface systems, digital health, quantified self/health, control, signal processing, big data, haptics, rehabilitation, and similar areas. You do not have to be a neurotechnology expert to participate on a team! Interdisciplinary teams with a combination of neurotech and non-neurotech skills are often successful in building solutions and producing working prototypes.