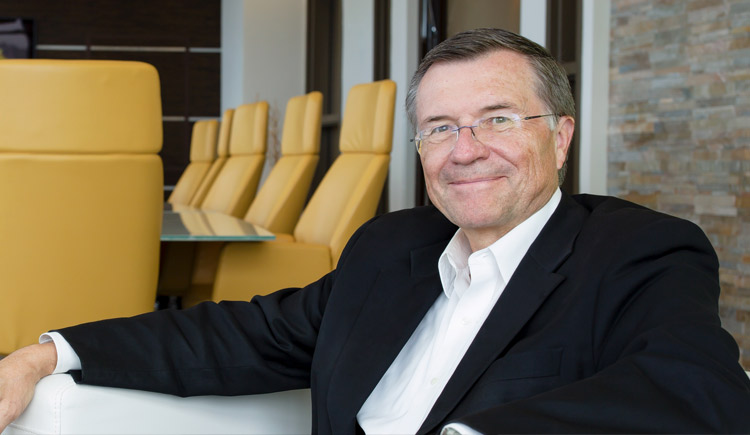 Where were you born and raised?
Cleveland, Ohio. The Midwest was a great place to grow up in the 1950s.

What is the one piece of advice you would give your younger self?
Publish first, think later. I was overly cautious as a graduate student.

Describe the moment when you knew you had to go into science?
I was already the science guy in the second grade.

Describe an aha moment you've had in the lab?
In the summer of 1984, Charlie Rosenberg was a visiting graduate student in my lab at the Johns Hopkins University. His project was to teach a neural network to pronounce English words. By the end of the summer, NETtalk was talking much better than anyone expected; many have told me this was also an aha moment for them. NETtalk was a tiny network by today's standards, but was a harbinger of the astonishing performances of current deep learning networks for speech recognition and natural language processing.

What is one significant advance TDLC research has brought to the science of learning?
TDLC inspired me to develop a massively open online course (MOOC) with Barbara Oakley, Learning How to Learn, which has become the most popular MOOC in the world with more than two million learners in 200 countries. Our MOOC gives practical advice on how to learn more efficiently based on the importance of sleep for memory consolidation; the impact of exercise on the birth of new neurons in the hippocampus, an area essential for forming long-term memories; and the impact of neuromodulators on attention. We even explain a method for avoiding procrastination that really works.

What do you hope to accomplish in the next seven years?
TDLC pioneered many applications of machine learning to the classroom. Social robots that we pioneered can be scaled up to capture massive amounts of data from students to create personal tutors, which could revolutionize teaching and mentoring.

What is your favorite TDLC value?
Giving students and postdoctoral fellows more independence – they have great ideas and are the future.

Dr. Sejnowski's lab investigates the links between brain mechanisms and behavior, studying the biophysical properties of synapses and neurons and the population dynamics of large neuronal networks. He has authored more than 400 academic papers, as well several books and other publications.