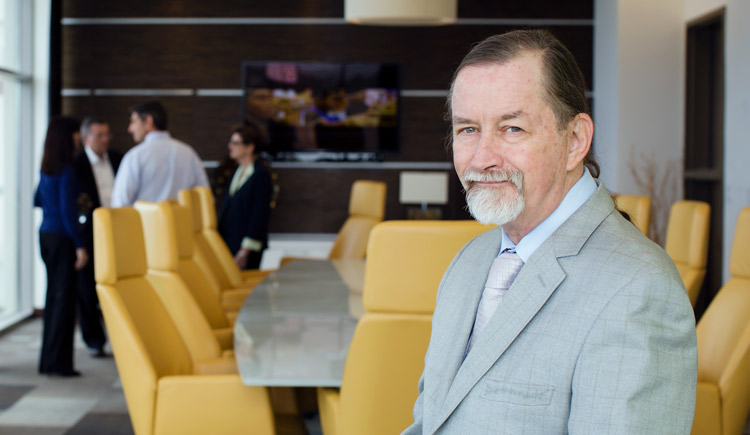 Where were you born and raised?
Lake Bluff, Illinois.

What is the one piece of advice you would give your younger self?
Take math more seriously. Follow the applications track instead of the theory track in math at Cornell.

Describe the moment when you knew you had to go into science?
I realized, after several years of ice cream scooping, school bus driving, rough carpentry and auto body work, that I needed to use my brain more. I thought that being a lawyer would be boring, and I didn't have the background for med school, but I liked my one programming class. The only option was grad school in computer science with a focus on AI.

Describe an aha moment you’ve had in the lab?
When I realized I could contrast Jordan networks and Elman networks with a simple change in the program they were learning. We were training them to follow an algorithm to add multi-digit numbers one column at a time. I realized that only one of these two network types would be able to remember whether there had been a carry on the previous column. So, we switched the order of two lines of the program and showed that Elman’s hidden-recurrent networks were more powerful than Jordan’s output-recurrent networks.

What is one significant advance TDLC research has brought to the science of learning?
Mike Mozer’s model of memory was applied, without change, to spacing effects in learning. Spacing effects arise when you wait to study material over a gap in time. You recall the material better in that situation compared to studying it twice in rapid succession. Mike’s model fit the data like a glove, and he had not changed anything in the model to account for spacing effects.

Then he used the model to predict when students would forget an item and created an app to schedule study episodes for foreign language vocabulary words. This app was used with kids in a 7th grade Spanish class, and the result was about a 15 percent gain in recall after Christmas break over other methods. This is a huge effect for a classroom intervention.

What do you hope to accomplish in the next seven years?
First, I would want to ensure that the practical things we have learned be transferred to the classroom. This would include the work I described above, as well as other work that allows us to predict when a subject will retain an item from their brainwaves. It sounds crazy, but nowadays there are relatively cheap, dry electrode systems that children could wear.

I would also like to see further development of tutoring systems that use facial expression processing to understand the state of the user. We have developed tools that can be trained by reinforcement learning to respond appropriately, depending on the current state of the user. These could, for example, respond appropriately to looks of confusion, boredom or attentiveness.

Second, continue the basic science research on how different memory and learning systems in the brain communicate and work together to eventually optimize learning. Our investigations into brain states related to attention are very promising and could potentially lead to breakthroughs in understanding how attentional processes affect learning.

What is your favorite TDLC value?
Cooperative science over competitive science. My standard metaphor here is the blind men and the elephant. Without collaboration, many scientists become stuck in their paradigms. They see different aspects of the problem under study but rarely integrate those aspects into a theory of the whole. Cooperative research teams from multiple disciplines come to see the whole elephant.


Garrison Cottrell, PhD, directs the interdisciplinary PhD program in Cognitive Science at UCSD, and co-founded the Perceptual Expertise Network (PEN). He earned his bachelor's in math and sociology at Cornell and his PhD in computer science at the University of Rochester.

Dr. Cottrell applies neural networks and other computational models to cognitive science and artificial intelligence, engineering and biology. He has worked on face and object recognition, visual salience and visual attention and modeling early visual cortex. He has authored multiple papers, books chapters and other publications.